NPR/Here & Now Interview: Fighting To Get The Story Out In ‘Dateline–Saigon’
Dateline-Saigon is a powerful, haunting documentary about 5 journalists reporting the truth about the Vietnam War
here & now, dateline-saigon, press
796
post-template-default,single,single-post,postid-796,single-format-audio,bridge-core-3.0.2,qode-page-transition-enabled,ajax_fade,page_not_loaded,,qode-title-hidden,paspartu_enabled,paspartu_on_bottom_fixed,qode_grid_1300,qode-content-sidebar-responsive,qode-child-theme-ver-1.0.0,qode-theme-ver-28.8,qode-theme-bridge,disabled_footer_bottom,qode_header_in_grid,wpb-js-composer js-comp-ver-6.9.0,vc_responsive

30 Nov NPR/Here & Now Interview: Fighting To Get The Story Out In ‘Dateline–Saigon’

Posted at 21:30h in Press by caroline 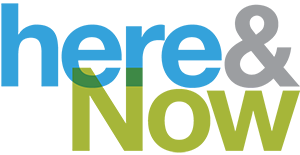 The film Dateline-Saigon tells the story of five young journalists who struggled to get the truth out about what was going on, and the extent of American involvement, during the early years of the Vietnam War.

The five men profiled in the film would all go on to win Pulitzer Prizes — David Halberstam of the New York Times, UPI’s Neil Sheehan and the Associated Press’s Malcolm Browne, Peter Arnett and Horst Faas.

Tom Herman, producer and director of Dateline-Saigon, said making this film was “the hardest thing I’ve ever done.” He speaks with Here & Now’s Indira Lakshmanan about the reporting these journalists did during the war and the opposition they faced from the U.S. government and soldiers.

By Indira Lakshmanan, HERE & NOW
Listen to the interview of Producer/Director Thomas Herman and read more interview highlights at www.wbur.org/hereandnow